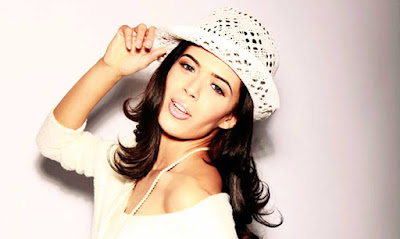 Ana Carolina Reston and Luisel Ramos are just two of several models who met death while embracing near-starvation diets. Closer home, a Kolkata-based model pops laxatives after meals and barricades herself in the toilet for hours! She thinks it's a shortcut to a sexy figure! In Jaipur, a model was admitted to a hospital right after a show. "She hardly eats and works hard at shows and shoots. So she's always hungry and sometimes faints" revealed her colleagues. They thought it's 'normal' to pass out, take a glucose drip and get back to work. Cigaretters, colonics, laxatives and prescription drugs that suppress appetite are common with models; then there's the lettuce soup diet, lemon juice diet, idli diet. It's insane!!

The effects of such drasctic dieting?! These girls end up with limp hair | weakness | bad breath | mood swings | depression | skin rash | dull complexion. That is, if they're lucky not to have migraines and fainting spells. To get insight, I spoke to supermodel Sucheta Sharma James who has the best bod in the business; her husband Harrison James is the nation's leading fitness trainer. They believe in nutritious meals and focussed workout to maintain a fit, toned, sexy bod. Here, she banishes myths and outlines a plan to help models get, well, hot. "Diet is the most dangerously manipulated word to sell unhealthy ideas of a certain body-type. Our body is the smartest machine mankind will ever know of. Whether it's enviornmental or internal pressure, out body does its best to fight and win. But just as you can't win a war with fifty soldiers against 5,000... you can't offer your body very little nutrition and expect it to function properly. Depriving the body of nutrients makes it think you're experiencing famine or food shortage. To adapt, it slows metabolism. So, you might lose weight but you will be left with no strength, no stamina, and worst of all, invite diseases. It's so common to see models embrace diets without knowledge of its longtime harmful effects. These girls eat little so that they don't gain weight but eventually they all experience its side effects" she explained to me. And the added, "No matter how good a model is, we are all compared with each other and constantly reminded that we need to improve. Since modelling is mentally and physically exhausting, let's not add further stress on our body! Simply integrate healthy meals and regular workout into your daily life! You will have the body you desire!!"

As I wrapped up the article, the thoughts that stayed with me were - a model wants longevity. To achieve that, she needs regular nutritious meals, without which she'll look old, have low energy and no presence on camera or catwalk. Healthful meals and focussed workouts is her life-line for washboard abs, glowing complexion and high energy levels, and a sensible model knows that. Now isn't that a realistic, attainable goal!?

After a decade of experience, Jasmeen Dugal joined Condenast India as Digital Editor and launched Vogue India's official website. Four years later-with a wealth of experience working with the best in the business- she launched luxury e-zine Explosive Fashion. It's been five years and the self owned, self operated website has no employees; she find it simpler to work with editors and designers to contribute columns. Her mantra? "Believe in your vision, work hard and have a positive attitude that failure is not an option. Success WILL follow!"